Newtons prediction of the end(world) 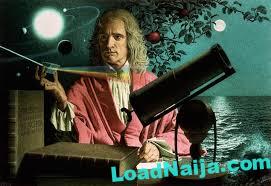 Sir Isaac Newton PRS was an English mathematician, physicist, astronomer, theologian, and author who is widely recognised as one of the greatest mathematicians and most influential scientists of all time.

Like Albert Einstein, Galilee Galileo, and Leonardo DaVinci, the name of Isaac Newton will be forever noted in history, not just as another human being who did great things but one that did great things and also contributed to the ability for the future generation to do great things.

His participation and contribution to science are simply so enormous one cannot brush it aside, his pioneering works in physics, and the study of our very universe. His theories, ranging from that of Motion to that of gravity, have become the basics of modern-day science.

Unfortunately, the brilliant and extremely intelligent young man wasn’t like others, he wasn’t blessed with the same confidence as others who have shown signs of brilliancy. But the ui likes of Einstein and DaVinci were noted to be very confident men, Newton lacked much confidence.

How ever it was said that though he was lavished with compliments about his brilliance the man himself felt unworthy, he battled rivalry, a rivalry which plagued his life in more ways than have been noted by some historians. The brilliant man was even said to have been in such petty rivalry with other great minds such as Gottfried Leibniz, eminent German mathematician.

Newton gave us a couple of warnings, some of which have been adhered to by those who believe strongly in his assertions. According to his writings which were discovered in 1969, in the home of Britain’s Earl of Ports mouth, a title which has since become one associated with those who are related to Newton, the world doesn’t have much to enjoy.

There are dozens of contents, all of which are unique in their way. However, what often catches the attention of anyone who reads them is that part of his writings where he had calculated when the world would end.

The British brainiac added as he writes that the world may end later, but he believes and sees no reason why it should end sooner. This I believe is a subtle message from the intelligent mind that though he predicted the end of the world to be by 2060, it may end later than that but he believes it can never be sooner.

He made this prediction, he wrote, to “put a stop to the rash conjectures of fanciful men who are frequently predicting the time of the end this is to tell you that many have been giving end of the world prophecies back since the time of Newton, and he simply got tired as most of them have pridicted wrongly about the end, Only God knows the actualbend time.