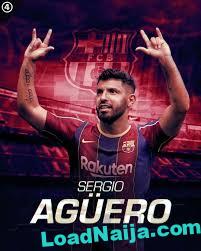 Finally Barcelona officially announced the transfer of Sergio aguero. The 32-year-old arrives Spain despite his ongoing deal set to expire on June 30.

The Argentinian has agreed to signed a contract deal with the Catalonia’s and his release clause is set at €100m.

He’ll be signing his contract from 6:00 pm CET,and also do some photoshoot at 6:25 pm, and immidiatly the presentation and press conference will be held at 7:00 pm.

He will finally be announced as Barcelona’s player today may 31 2021.after spending 10 years in city making 390 appearance, having scored 260 goals for the Manchester city’s side.

ESPN’s Samuel Marsden who spotted the leak as Barca announced the Argentine’s presentation without making it official first.

Said by the RAC1 journalist, the official presentation will be held at Camp Nou starting from 18:00 CEST 31 may 2021

Later on theArgentine will be flying to Argentina to start preparations for the 2021 Copa America following the presentation.

Sergio Aguero arrived at Barcelona Sunday night but it remains to be seen if he’s indeed signing for the Catalans today as an earlier report in Mundo Deportivo claimed that Sergio has arrived in Catalonia for a knee check-up instead.